For Immediate Help Call Us 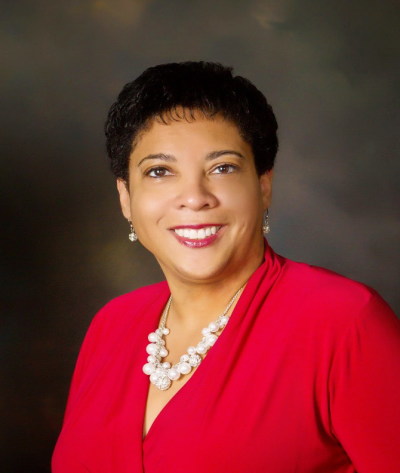 Keisha Manson, daughter of the late William Henry and Emeline Bazemore Manson, was raised in Williamston, N.C. She is a 1985 graduate of Williamston High School. She attended Hampton University and graduated in 1989 with a B.S. in Business Management. She later attended East Carolina University and obtained her teachers license. She taught in the Martin County school system 21 years and attended Fayetteville Technical Community College and obtained her Funeral Director’s Diploma in 2000. She became a licensed funeral director on October 30, 2003. She continued to teach and work in the funeral business until 2011. In 2011, she became full time in the funeral business. She is the current owner and manager of Manson Mortuary, Inc. Keisha is the mother to two children, Isaac Jamaal Veale and Sarina Faith Veale. She resides in Williamston, NC. She enjoys shopping, reading, spending time with family, traveling, and listening to good music. She is a member of Back Swamp Church of Christ (DOC), Lambda Delta Omega Chapter of Alpha Kappa Alpha Sorority, Incorporated, Funeral Directors & Morticians Association of NC, Inc., FD&MA, NCFD Association, Martin County Democratic Party, NAACP, Martin County Women’s Council and she is a notary.

Iris “Movetia” Speller Davis has been a staff cosmetologist and makeup artist at Manson Mortuary for over 6 years. She has been called upon by the special request of bereaved families for over 28 years. She is a native of Williamston, N.C. She graduated from Williamston High School in 1974 and Martin Community College in 1978 with an associate degree in Cosmetology. Movetia is one of 15 children born to the late, Elisha Speller and Elizabeth Edmonds Speller. She is a devoted wife to her husband Chester Davis. She is a mother to her two children, Shontrez Speller and Davion Davis. She is a grandmother of five with whom she adores. Movetia is an active member of her community and her local church, the historical Green Memorial Church of Christ. She enjoys cooking, shopping, traveling and fellowshipping with others. Movetia is very passionate about the work that she does. She strives to put a smile on the faces of bereaved families even at their most difficult time. She works very hard at her craft and endeavors to provide the best customer service at all times.

Darien Jerome Evans, was born on April 4, 1959 to the late Ben Wesley Evans and Julia May Evans in Williamston, NC. He graduated from Williamston High School in 1977 and attended Martin Community College momentarily for pre-teaching Secondary Education. He is married to Anita Evans and has four children. Jerome has been affiliated with Manson Mortuary since 1969 and has been employed with Manson Mortuary since 2006.

Tenisha Gilliam has been apart of Manson Mortuary’s administrative staff for four years. She graduated from Bertie High School in 2006 and is the mother of one son and two daughters . She currently holds a Bachelor of Science degree in Business Administration from The University of North Carolina at Greensboro. She is currently pursuing a MBA, specializing in Human Resource Management, from Capella University. Tenisha is a member of The Church of God for All People in Windsor, NC. In her spare time she enjoys dancing, exercising, helping others and listening to music. She is a Notary of the Public.

Born to the late James T. Willoughby and Carrie Willoughby, Eric is a long time resident of Fountain, NC. He attended Pitt County Schools and graduated from Gupton Jones College of Funeral Service in Decatur, Georgia, Class of 1986-87. He has been a licensed Funeral Director/Funeral Service licensee for over 25 years. Currently, he is the Vice President of Willoughby Funeral Homes Inc., and Manager of Hemby-Willoughby Funeral Homes in Fountain, NC. He attends New Deliverance Church of Christ in Ayden, NC under the direction of Dr. Glen Williams. He is married to Beverly Willoughby, and has one daughter, Kenaya Willoughby. Organizations: Helping Hand Club, Eastern District Funeral Directors, Epsilon New Delta, and the Street Hawks MC.

A year of daily grief support

Our support in your time of need does not end after the funeral services.  Enter your email below to receive a grief support message from us each day for a year.  You can unsubscribe at any time.